Pain is and adaptive function of the organism and serves purposively for the evolution of the species, acting specially through the acute pain.

Since its origins, the primary purpose of developing nervous system can perceive a system is to transmit information related to environmental changes towards deeper parts of the body, with adaptative purposes.
The nervous system was responsible for handling this information so that could make immediate adjustments to a changing environment, either by extreme temperature changes or physicochemical conditions that could lead to the destruction of living matter.
Gradually, primitive beings developed a series of receptors consisting of bare fiber terminals of peripheral nerves. These primitive receptors  (known as free nerve ending) began to demonstrate their adaptative utility persisting throughout the evolution to animal and to the human species.
From an evolutionary standpoint, painful stimuli can be considered a precursor to the conscious level to provide learning mechanisms to the evolving species.

Pain is an unpleasant sensory and emotional experience associated or not with actual or potential harm to the tissues, or described in terms of such a damage. This defines pain the International Association for the Study of Pain (IASP) and adds that «pain is always subjective, each individual learns to apply the term pain from traumatic childhood experiences. While there is a feeling in one or more body parts, being always a feeling of unpleasantness is therefore an emotional experience. «

Acute pain is closely linked with nociceptor system that alerts the body from potential damage and are generally considered useful in that it promotes survival. However, chronic pain is an unnecessary physical suffering, physical, moral and social. Although acute pain is a symptom, chronic pain can be considered a disease in itself.

Nociceptive pain also known as somatic pain is that caused by stimulation of nociceptive receptors, to be transmitted by intact neural pathways and it responds to nociceptive stimuli clearly evident ; is often perceived as a pain and usually responds well to conventional analgesics and opiates. As perthe neuropathic pain it is caused by injury of neural structures. Nociceptive pain is not always obvious, and the patient often perceived it as a neuralgia or as a way unlike any previous experience. There is little response to conventional analgesics, including narcotics.

In understanding pain is important the birth of pain pathways from the free nerve ending, and specific receptors for cold and heat at the epidermal level. The fibers that go from these receptors to the spinal cord are the axons of neurons located in the dorsal root ganglia of spinal and fine fibers are known as type A and AC  (A delta C). These small-diameter fibers are driving slow, when compared against the so-called coarse fibers A (type A-alpha and A-beta).

Once in the spinal cord, these fibers reach the lamina II of the spinal cord corresponding to the gelatinous substance of Rolando, where they synapse with a second group of neurons whose axons form the beam or lateral spinothalamic tract (neral ways going down to the spinal cord, thalamic referes to the thalamus).

There are two types of pain: superficial and deep. The first is feeled on the skin and is collected by specialized sensory endings located within dermis. The second comes from deep structures (such as viscera, bones, muscles and joints) and is characterized by dull character, being diffuse and poorly localized.

Is the type of pain that is caused by damage at a painful sensory fiber at a distance of completion. For example is seen in the sciatic radiculitis secondary to herniated disc.

When a stimulus activates nociceptive free terminals in the skin or deep tissue, afferent signals reach the central nervous system spinal level, the level of the posterior horns. From here axons go to contact motor neurons in the anterior horn, thus forming a reflex arc, which explains the motor component of pain.
Other pain impulses reach the thalamus. Since the thalamus arises neural projections going to the sensory cortex where pain is then located geographically, forming the cognitive component of pain; another projections go to the limbic system setting up an affective component of pain, and finally there are projections to the hypothalamus and activating reticular formation, thus depicting  the autonomic and neuroendocrine components of pain.
Moreover, at the site of initial nociceptive stimulation occurs, the injured cells release substances that activate the nociceptor (including bradykinin, histamine, potassium, serotonin) and the sensitizing substance (including prostaglandins, leukotrienes and substance P).
It deserves to note that not only nociceptive stimulation spreads to the CNS, but also to neighboring nociceptors, which then release substance P. This activation of nociceptors by nociceptor activation is called secondary or induced nociceptor activation. The substance P causes neurogenic inflammation by release of more chemical mediators and secondary hyperalgesia. In contrast to the stimuli that cause pain, there are also inhibitory pathways that prevent the transmission of pain. One of these circuits is in the periaqueductal gray matter, and synapses with serotonergic median raphe nuclei, where they are projected to spine thalamic tract, inhibiting transmission of pain. The circuits of the periaqueductal gray substance are enkephalinergic and endorphinergic, while the circuitry of the medial raphe nuclei are serotonergic, and the circuits of locus coeruleus are adrenergic .

The so-called threshold of pain is the slightest feeling that the individual recognizes as pain and is very variable for each person. There are several factors related to pain threshold within these are the intensity of the stimuli and their effects or responses, which may translate from mild discomfort to excruciating pain. Pain intensity, in relation to stimulus intensity, varies within a wide range.

The purpose of pain is very clear and this is the preservation of life. Just the example of diabetic polyneuropathy, which prevents patients from feeling pain: let us consider a diabetic, whom may be burning a limb without notice, for example while carrying out a pedicure and put the feet in hot water.This type of injury is fraught with serious consequences, even limb amputation.
The IASP definition of pain refers to as experience. The term experience means it is a warning that has come to the subject’s consciousness, something that comes with the use, practice or the mere fact of living. The experience is all the knowledge gained through the senses or the internal and external perceptions. In short, the experience is linked to memory and therefore, so too is linked to forgetfulness and memory.
Each person learns at an early age the application of the word pain through subjective experiences associated with tissue damage. It is then perceived to be an unpleasant feeling: there is constituted the damage may be reversible or not, according to its intensity. After this experience to the maximum care to avoid anything that potentially could damage, which is considered by pain as a warning.
Like fingerprints, the experience is not repeatable or reproducible for each individual being. Each person then has their own footprints, which may be somewhat similar to others, but never the same or identical. This implies and assumes a subjective personal, sometimes intimate, non-transferable, unrepeatable, although communicable, not repeatable nor reproducible.

Pain as a perception of damage or nociception

We mentioned nociceptive pain. Nociception refers to perception of noxious stimuli and the receptors that respond to different substances or noxious stimuli are called nociceptors. Nociception is the painful feeling that arises when the nociceptors are stimulated in the presence of healthy neural pathways.
The IASP definition of pain is considered not only as experience with cognitive components in the memory and capable of forgetting or memory, but as a sensory experience, ie on the sensory or sensitivity of all living things ‘feel’ impressions caused by internal or external causes.
Sensitivity is the defining characteristic of animal life. The feeling is the feeling that things occur in the psychic apparatus by means of the senses and it approaches to the consciousness or awareness of internal or external impression.
As all perceptive life, a sense has two aspects, namely organic and psychological. One part is a function of the nervous system and the other groups subjective phenomena of consciousness. Thus, there are two different types of sensory experiences: those that depend on external events, such as visual, tactile, auditory, taste  and the evoked by internal events such as hunger and thirst.
¿Which of them may stand as pain? When viewed from the outside world, a fact can be described having characteristics such as size, color, temperature, texture, movement, form. These assessments can be made even if the stimulus is new, however when you feel hungry or thirsty or nauseous, yourself ignore the real nature of the stimulus. For example, nausea can be the same whether generated by gastritis, hepatitis, gallbladder disease, pancreatitis, migraine attacks, even acute myocardial infarction. It means that unlike the sensations of the outside world, feelings of inner world are not easily measurable in terms of their origin. Here is one aspect of the art of medical consultation, aiming through interrogation and physical examination to find the source of nausea manifesting as a symptom.

Pain as an emotional experience

According to the IASP (International Association for the Study of Pain), pain is an emotional experience because it is closely related to emotion. The thrill is in turmoil (e: out, Moti: movement), emotion is what makes us move as triggering of our emotions or passions.
The pain as an emotional experience is a psychological phenomenon associated with other somatic phenomena. This means that what happens in the spiritual or emotional, affects in the same way the bodily area. The body and mind are the two ends of a continuum. Then it comes a psychological phenomenon associated with other somatic one: pleasant or painful consciousness , accompanied by several functional disorders in the body. For example, premenstrual dysphoria, where the cramping pain that comes from low abdominal level, has a psychic event such as the depressed affect. This example and others, confirm that the emotional changes affects the area of the personality of the person suffering from pain. The responses to pain will differ depending upon the personality of the person, and at the same time, depend on the mood at the time that the person receiving the painful stimulus. And when the pain is of chronic evolution, it can cause depression.

Low back pain is one of the most frequent presenting among people, usually is associated with incapacitating effects, it constitutes an important healthcare and socioeconomic burden, in the same way is one of the main causes of disability among adults of working age. An importante 60-70% of adults are believed to have suffered this problem at some time and the prevalence of non-specific low back pain is very high among the general population.

Acute low back pain is deemed to be of non-specific musculo-skeletal origin in 95% of cases and the process is usually self-limiting.

Be the first to review this knol 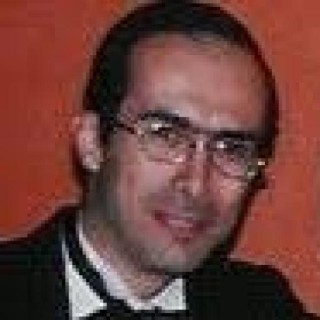